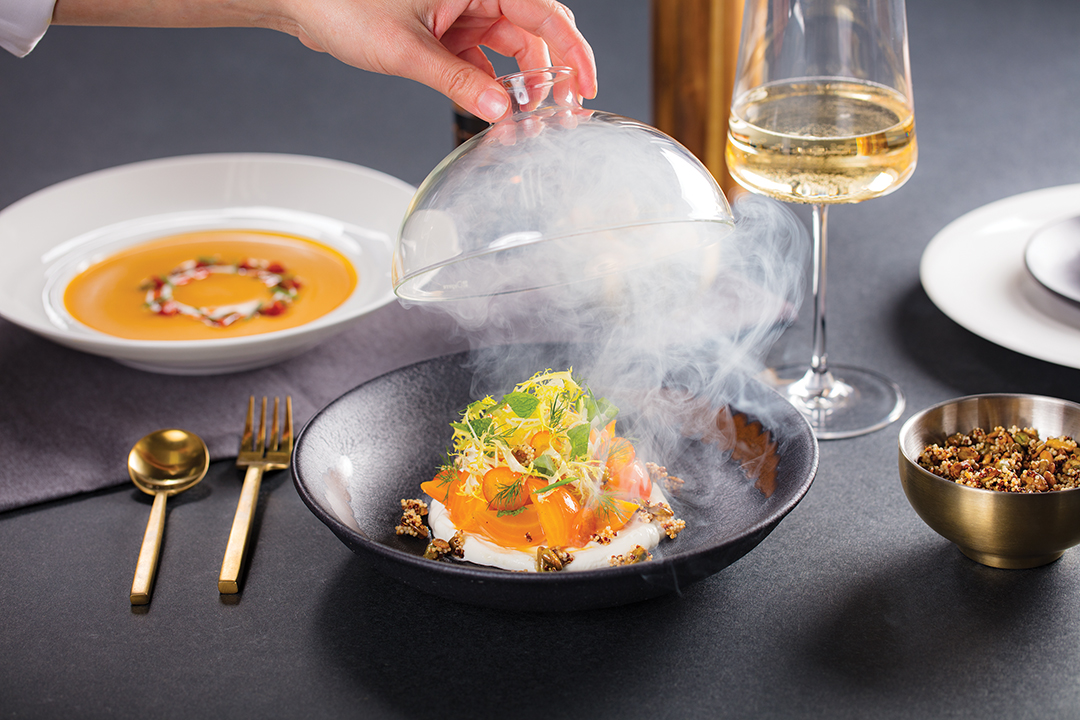 For more than two decades, foodies and voyeurs alike have been captivated by firebrand toque-turned-media-icon Gordon Ramsay. A year-round small-screen fixture, the British celebrity chef splits camera time mentoring and testing the mettle of amateur gastronomes of all ages (Master Chef, Master Chef Junior, Next Level Chef), rescuing struggling restaurants (24 Hours to Hell and Back), and embarking on adventures across the globe (Gordon Ramsay: Uncharted). And that doesn’t even count his many limited-edition series, projects in development, and programs aired across the pond. Yet no matter how many entries Ramsay adds to his lengthy IMDB profile, he will always be best known for the show that first introduced him to his multitudes of U.S. fans: Hell’s Kitchen.

Each season, a fresh roster of professional chefs and talented home cooks report for duty at a live-in culinary Thunderdome. For weeks, their days consist of outlandish challenges, laborious prep work, and soul-crushing punishments, followed by sweaty, high-pressure dinner services under Ramsay’s watchful eye, iron fist, and forked, expletive-slinging tongue. The post-service reward for the “lucky” contestants who stave off elimination is another day or two under the most brutal, critical conditions imaginable, all for the chance to head up one of Ramsay’s restaurants or, in some cases, become his protégé.

Hell’s Kitchen follows an episodic reality-TV framework that’s familiar and even predictable at times. What’s made it an enduring success and kept fervent viewers tuning in year after year since 2005 is Ramsay. Yes, there’s that hellfire personality for which his series is titled. Fans have memorized his mannerisms — flinging plates, smashing (raw!) salmon to smithereens, summoning a chef to certain doom with a stiffly crooked index finger. They recite his famous phrases — move your ass, you moppet…it’s stone-cold…oh, piss off…shut it down! Ramsay’s outbursts and bittersweet ear candy are the addictively enticing entertainment that his fans eat up, but they and Hell’s Kitchen’s other sensationalist aspects aren’t part of the restaurant of the same name that debuted at Harrah’s Resort Southern California last month. Like its predecessors in Las Vegas and Lake Tahoe, this third installation of Hell’s Kitchen conveys recognizable elements of the aesthetic and cuisine of the restaurant sets at which the program has been filmed. And while the back-of-house staff don chef’s whites identical to those worn by the show’s contestants in an open kitchen split into red and blue sections, they are one team working in unison. There are no alliances, there is no ill will, and there is no prize at stake. Hell’s Kitchen is a restaurant, pure and simple, built to allow fans of the show to partake in a dining experience that heretofore they’ve only been able to watch and wonder about from afar.

The Hell’s Kitchen logo stands out as a bright red beacon along Harrah’s restaurant row. Visitors transition from a loud and lively, largely purple casino into bright environs that are almost contradictory to the dim-lit motif of the show’s former sets. Even with that stark difference, it’s a full immersion into the series’ thematic from the get-go courtesy of a wall covered in framed photos of past seasons’ winners, Chef Ramsay on a front-and-center big screen, oodles of merch, an Instagram-ready logo-affixed backdrop, and a host stand staffed by employees in Hell’s Kitchen attire. From there, the references become more subtle, relying largely on pitchforks embroidered onto napkins and seating, included in wallpaper and elaborate trellising, and forming the basis of crisscrossing light fixtures. Those components are reinforced by numerous portraits of Ramsay as well as the diametrically opposed tilework of the aforementioned “fire” and “ice” kitchens.

At the end of the day, Hell’s Kitchen is best represented by the items on the restaurant’s menu, which the show’s devotees will instantly recognize. Pan-seared scallops, lobster risotto (pronounced ri-ZAH-toe, of course), crispy-skin salmon, Beef Wellington — all of the dishses fans have seen cooked (and mis-cooked) a hundred times are all here. It’s a diehard fan’s dream come true. But how do these signature items taste? Horizontally halved and golden brown on both sides, the scallops are wonderfully tender with a sweetness that seamlessly syncs with a silky celery root purée. Bacon and pickled Granny Smith apples lend nice hits of saltiness and acidity. And the Wellington — the most famous dish in Hell’s Kitchen history — lives up to its must-try rep. Buttery puff pastry gives way to perfectly seared tenderloin medallions encased in prosciutto and surrounded by an earthy mushroom duxelles. The evenly layered delight is further elevated by a sticky, savory red wine demi-glace.

Despite not being a staple of the television franchise, the restaurant’s sticky toffee pudding — a well-documented favorite dish of Ramsay’s — is another must-order treat. Fluffy and rife with flavors of baking spices, its hug-like warmth is tempered by dulce de leche ice cream rapidly melting and becoming one with a pool of rich caramel at the base of the plate. Balance be damned, this is a dessert for those born with an insatiable sweet tooth.

The rest of Hell’s Kitchen’s menu is made up largely of classics one might expect from a steakhouse. Appetizers include fresh-shucked oysters and shrimp cocktail served with a gin-infused cocktail sauce, Wagyu meatballs with tomato sauce and crispy polenta croutons, and steak tartare with black truffle caviar and a sous vide egg yolk. Salads like a lemony Caesar (available with chilled shrimp or grilled chicken) and golden beets dressed in Greek yogurt and a white balsamic vinaigrette make for lighter starters.

Beef is what’s for dinner on the entrée list, which includes an eight-ounce filet mignon with Béarnaise sauce, a 12-ounce ribeye with maitake mushrooms and shishito peppers, the Wellington, and braised short ribs with Yukon potato cakes and crispy onion rings. Not in the mood for red meat? Alternatives include a Jidori chicken scaloppini with roasted potatoes, artichokes, and kale, and salmon with Ibérico chorizo and a citrus beurre blanc.

A wine wall splits the restaurant’s two main dining areas (Hell’s Kitchen is also equipped with a pair of chef’s tables), displaying red, white, and sparkling options. Across the room is a bar with its own seating and a wealth of custom cocktails ranging from fruit-forward refreshers like Meet Your Maker (bourbon, ginger liqueur, strawberry, apple, mint, cinnamon) to the smoked-on-the-spot Smoke on the Blvd (rye, Aperol, amaro, sweet vermouth).

With a restaurant based on a TV show, especially one from the “reality” ranks, there’s bound to be a bit of trepidation, perhaps even an understandable sense of doubt, but with Hell’s Kitchen, what could easily be a gimmick playing on the emotions of longtime viewers is anything but. Attention has gone into every phase of the project, from design to service to the bar and, most importantly, the food. Getting a reservation may be difficult (Hell’s Kitchen is booked out most of the year at this point), but it’s worth the effort. harrahssocal.com/dining/hells-kitchen

What led you and the team to select San Diego as the site of your first Hell’s Kitchen restaurant in California?

You could say Hell’s Kitchen has always had a home in Southern California, since we’ve shot most of the 21 seasons of the show in Los Angeles. So when the opportunity arose with our partners at Caesars, there was no question in my mind we had to do it here. I love San Diego. I’ve spent time physically training for Ironman triathlons there and have had some incredible visits. From the food to the ocean and the people, it’s hard to find a better place to be.

What are your impressions of San Diego’s dining scene now, and as it has evolved over time?

San Diego’s dining scene is thriving. When I was there in 2019, I was blown away with the diversity of restaurants and cuisines. It doesn’t hurt being so close to the water either! And don’t forget about the cocktail scene. It’s one of the best in California.

Do you expect to frequent the San Diego location or perhaps film there or within the county at some point, be it for Hell’s Kitchen or any other projects you have in the works?

I can’t wait to get back filming in LA so I can pop down for a visit with the team and guests! Stay tuned…