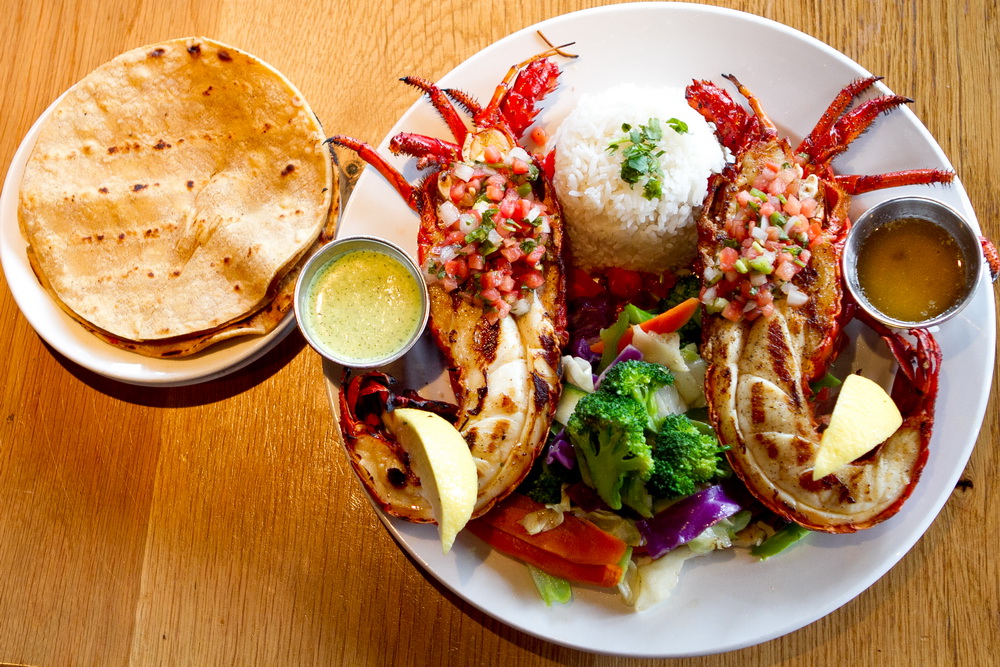 Much as all-star chef Brian Malarkey has passed judgment on contestants on ABC’s The Taste, diners have weighed in on the menu at his La Jolla resto – including zesty Mediterranean-inspired plates of scallops, corvine, and monkfish (served “osso buco” style) from fellow Top Chef alum Amanda Baumgarten – dubbing it the best of this year’s rookie class. 858.459.0221, herringboneeats.com

Favorite Restaurant: Market Restaurant + Bar
Over a half-decade in and going strong, James Beard-nominated chef Carl Schroeder continues to wow palates leading with the most pristine SoCal product he can reap and transforming it into brilliant dishes. And having the best short ribs in town for seven years running doesn’t hurt! 858.523.0007, marketdelmar.com

Readers also set a course to Rancho Santa Fe for luscious fare that’s kept Bertrand Hug’s European white linen highly regarded for many years thanks to the culinary talents of chef Martin Woesle, who was named one of the “Great Regional Chefs in America” by the James Beard Foundation. 858.756.3085, millefleurs.com

Best Casual Dining: Rimel’s Rotisserie & The Fish Market
Some things in life don’t need to be complicated to be grand. Case in point, this pair of easygoing eateries where the quality of the meats wrangled by rancher and restaurateur Matt Rimel and the sumptuous sea fare reeled in on a daily basis by Rimel’s family-run Ocean Giant rimelsrestaurants.com, as well as The Fish Market crew, are worthy of pretention, but thankfully devoid of any. thefishmarket.com

Best Family Restaurant: Sammy’s Woodfired Pizza
Whether you’re a kid or just a kid at heart, pizza holds the same soft spot in one’s heart and stomach. This is especially true at local entrepreneur Sami Ladeki’s oven-driven outlets where families have been enjoying SoCal-style pies, salads, and overflowing, gargantuan brownie sundaes since 1989. 858.259.6600, sammyspizza.com

Best Quick Bite: Chipotle & Rubio’s
A perpetually temperate climate and ocean views are great, but the presence of Mexican-inspired flavors is as much a benefit to residing in San Diego. When our readers are looking for Baja on-the-go, they alternate between large burritos custom-stuffed with healthful ingredients at Chipotle’s chipotle.com and crispy fish tacos from one of SD’s favorite Aztec alums, Ralph Rubio. rubios.com

Best Atmosphere: Pacific Coast Grill
Get out there and take advantage of San Diego’s proximity to the Pacific, preferably from this beach-adjacent social hub’s outdoor patio with a yellowtail tartare stack, lobster tacos, or any of their tasty Asian-Mexican fusion treats. 760.479.0721, pacificcoastgrill.com Brandon Hernández