With all the charm of a seaside village, plus a theme park, two luxury resorts, a commuter airport, and myriad shopping and dining opportunities, it&rsquo;s not surprising Carlsbad is frequently rated among the best places in which to live, work, stay, and play.

The fifth largest city in San Diego County, Carlsbad was first discovered in the late 1700s when troops sent by the king of Spain camped upwind from an old fishing village, inspiring them to christen the nearby lagoon Agua Hedionda, or stinking water.

About 100 years later, while drilling a well in what is now the downtown village area, John Frazier tapped into mineral springs that became famous among thirsty train passengers for their apparent medicinal powers. An analysis showed the well was chemically similar to mineral water found in a famous health spa in Karlsbad, Bohemia.

The name was a natural fit, then and now.

The city remains home to some of the best-known health spas in the area, including those at La Costa Resort & Spa, a popular getaway for Hollywood celebrities after its opening in 1965, and the AAA five-diamond-rated Park Hyatt Aviara.

Ocean Crest at the Hilton Carlsbad Oceanfront Resort & Spa will join the list in July. Inspired by the picturesque Pacific across the street, the spa will feature seven treatment rooms, a couple&rsquo;s room and private outdoor relaxation area, and men&rsquo;s and women&rsquo;s relaxation rooms. The resort will feature 215 guest rooms, a ballroom, and several venues for large and small events, including a lush ocean-view lawn.

Chef Pascal Vignau, formerly of Savory in Encinitas, will open Chandler&rsquo;s, the resort&rsquo;s signature restaurant and lounge, serving eclectic, seasonal menus inspired by locally-grown fresh products.
In addition to luxury resorts, Carlsbad lodging options include everything from affordable inns and motels to private homes such as Levyland Estates, a 6,000-square-foot property surrounded by Buena Vista Lagoon and the Pacific Ocean. Located on a private, three-acre peninsula with panoramic ocean views, Levyland Estates features a main building, which sleeps six, and the &ldquo;tree house,&rdquo; which accommodates four. Connected by a sky bridge, the buildings include two fully equipped kitchens, a sushi bar, dining area, and living room. This private residence can only be rented for full stays of six nights and six days.

Whether you come for a day, a week, or a lifetime, seasonal and year-round activities abound.
Carlsbad has long been known for The Flower Fields, 50 acres of vibrantly colored ranunculus that bloom annually from March to May. For more than a decade the city has also been home to Legoland California.

Less well known but equally as fun is a visit to Leo Carrillo Ranch Historic Park, a former working ranchero once owned by actor Leo Carrillo.

Visitors can eye handcrafted adobe buildings, antique windmills, and a reflecting pool, learn about the unique entry gate, and encounter the many peacocks that roam the site &mdash; and perhaps even catch a glimpse of the elusive white one.

Every year in May and November, the downtown area is transformed into The Carlsbad Village Faire, attracting nearly 1,000 vendors and more than 100,000 people. Visitors can find everything from clothing and accessories to antiques and art.

In addition to a beer and wine garden and live entertainment, an international food court provides a plethora of palate pleasers. Considered the largest one-day street fair in the nation, the event kicks off with a pancake breakfast.

The city also hosts a number of annual sporting events, including a full and half marathon in January that this year attracted 10,000 participants from 46 states and ten countries.

On the second Sunday in July the Parks and Recreation Department hosts one of the world&rsquo;s top five longest-running triathlons, a sprint distance competition that consists of a 1K swim, 25K bike ride, and 5K run.

For indoor fun, there&rsquo;s K1 Speed electric kart racing, or the Museum of Making Music, where visitors can interactively discover a century of instruments and innovations that helped shape American popular music.

The downtown village provides a more local shopping experience, with stores such as Coolest Shoes in California. This boutique footwear shop on State Street is co-owned by Christine Davis, a 25-year resident of the city.

&ldquo;I love the Carlsbad lifestyle,&rdquo; Davis says when asked why she chose to open her store in the city. &ldquo;We get lots of local people but with so many hotels, we meet people from Canada and Europe, too. It makes it a lot of fun.&rdquo; Davis says she looked at locating her business in other adjacent coastal cities. &ldquo;Carlsbad has everything,&rdquo; she notes. &ldquo;I&rsquo;m very proud to be here.&rdquo;

Dining options include everything from the AAA four-diamond Vivace at the Park Hyatt to local Mexican standouts such as Norte. And Carlsbad has increasingly become a magnet for microbreweries &mdash; those established as well as on the rise.

It started in 1997 with Pizza Port, which offers more than 600 craft beers. The downtown restaurant received nine medals at the 2009 Great American Beer Festival. The city is now home to nearly a half dozen breweries, including Karl Strauss and On the Tracks, and two wineries &mdash; Witch Creek and Bellefleur.

It&rsquo;s no wonder many consider Carlsbad the toast of our county.&nbsp;&nbsp; BIANCA KAPLANEK

For our story on Well-Known Residents Who Love Carlsbad, click here 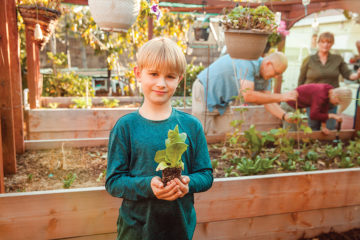 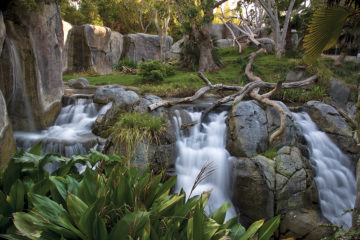