Meteorologist Shawn Styles is reflecting on an unlikely, 38-year career in broadcasting. He mentions the Talking Heads’ quasi-existential, art-pop song “Once in a Lifetime.” You know the lyrics: “And you may find yourself in a beautiful house / With a beautiful wife / and you may ask yourself, well / How did I get here?”

How, indeed. Born in La Mesa and raised atop a surfboard in the waves off La Jolla, Styles is a San Diego radio and television OG. Original Gangsta. Old Guard. He got his on-air start way back in 1983 doing surf reports during the original run of 91X radio.

There’s been so much water under his board since then.

His most recent foray into self-styled broadcast reportage is “Cooking with Styles,” a weekly food segment on CBS News 8’s afternoon news/lifestyle show called The Four. An AMS-certified meteorologist, Styles has been doing weather reporting on Channel 8 (KFMB) for a stupefying 25-plus years. Don’t strain your brain trying to name a TV newsie with longer local tenure.

He’d done “Grilling with Styles” segments a couple times a year for 15 years. “Usually for Memorial Day and Labor Day,” Styles says. “We needed content for The Four, so now I do a new recipe for that show every week.” He says the shrimp scampi and other dishes in these four-minute weekly segments are “casually elegant.” He draws on years of experience helping his parents cook dinner. And, from 18 years spent as an observant server in high-end restaurants in San Diego and Park City, Utah. “I lean on Mediterranean style — Italian and French — but with local ingredients,” he says. “I have
classic training, but these recipes are approachable. You don’t have to shop at a specialty store. I deconstruct an elaborate recipe so Joe or Jane Average can do it.”

Yes, this is a veteran weather guy doing Bobby Flay or Guy Fieri schtick. Remember: Styles is a bit of a Renaissance TV personality. Doing the weather and firing up cooking spots just scratches the surface of his résumé.

Those surf reports that began on 91X in the early ’80s got picked up by KPRI, KGB, and Rock 105. “Captain” Mike Ambrose then brought the blonde surfer dude into the fold on San Diego’s ABC affiliate. By 1986, Styles was sitting in at Channel 10 as a weekend weather fill-in. During a ten-year freelance career at ABC, he parlayed his experience as a professional ski mogul racer into a gig as a field producer at the 1988 Winter Olympics in Calgary. “Cooking With Styles” is just one more personal hobby that’s found its way onto the airwaves. The segments are shot in the Windansea home he shares with Molly Bowman-Styles. Married for 18 years, the couple have known each other their whole lives — their families lived eight blocks apart in La Mesa. 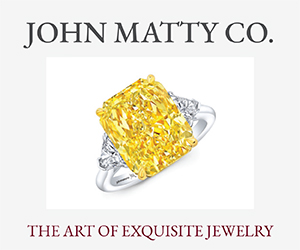 Their home kitchen/cooking set was accessorized by Styles. He laid in the backsplash. Hand-painted tiles are 1980s-era Tijuana. Regular viewers have seen the kitchen background image of a woman bent over making tortillas. (Bowman-Styles whimsically named the woman Marta.)

Styles credits CBS photojournalist/producer Jon Stinebaugh with providing the behind-the-scenes magic of a three-camera shoot to capture the cooking segments. “I do prep the night before — cutting vegetables and other things viewers don’t need to see,” Styles says. “Jon comes in and it takes about 45 minutes to do a dish. We do each one twice.”

They usually shoot multiple episodes in one day. Ergo, they’re often producing massive quantities of food in a short period of time. Lucky neighbors are often served the show’s final products. “One neighbor recently had a stroke, and our next-door neighbor has two high school girls,” Styles says. “Molly will go out and find people to give the food to.”

Next up: From June 19-25, Styles will be hosting a Travel & Co. cooking workshop in Provence, France. And while an international cooking show may not be in development at the moment, rest assured nothing is ever out of the question. cbs8.com/recipes