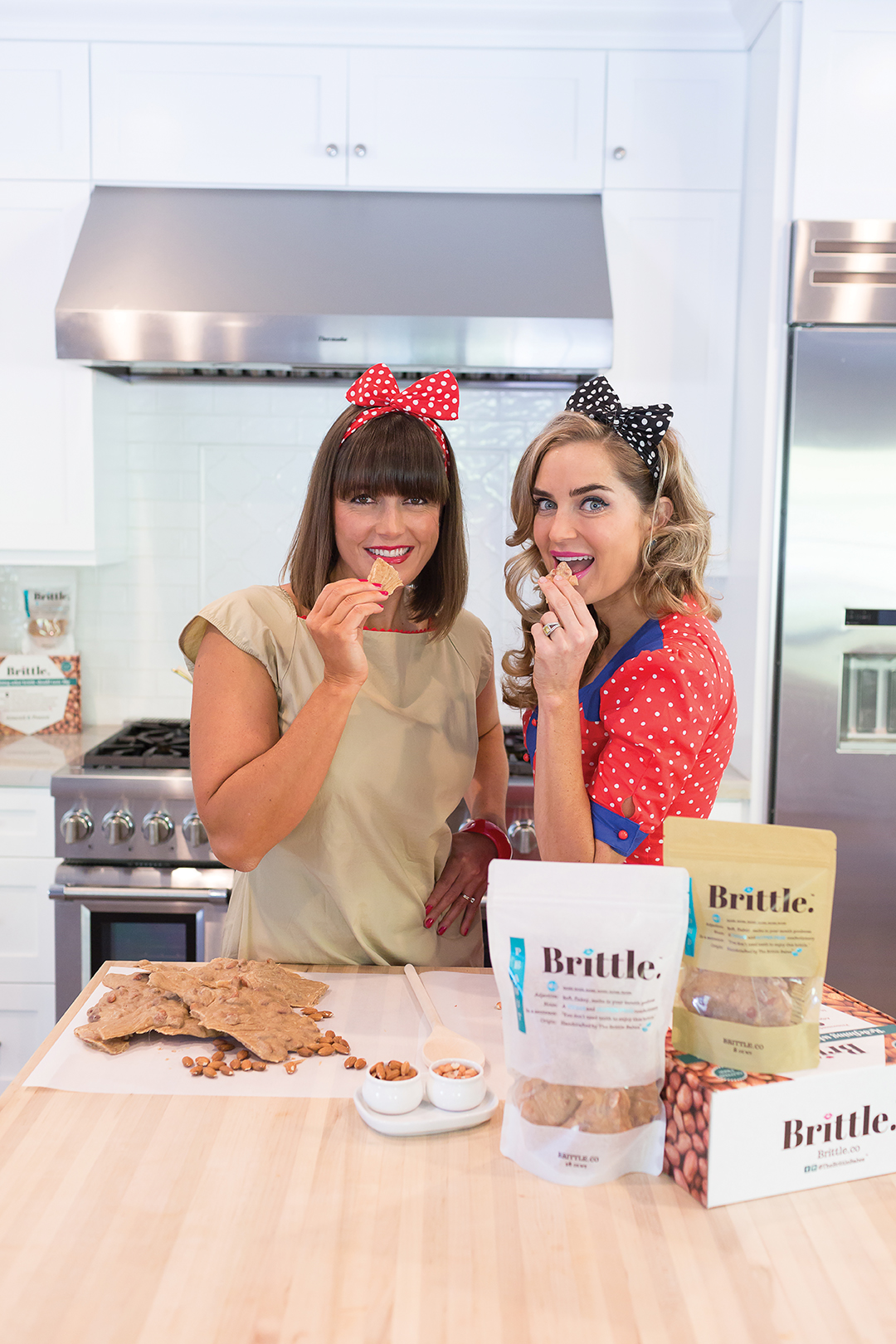 There’s something about the mystique of a really great family recipe that withstands the test of time and gains a certain level of fame over the course of generations. Once recognized, no other version will ever quite hold up to it. For me, it’s my Grandma Bunny’s brisket recipe, hands-down. For Carlsbad resident Emily Hilgemann, it is her grandmother’s great aunt’s nut brittle. While I can never quite seem to replicate the magic in that brisket, Hilgemann has not only perfected her family’s brittle, but along with her longtime friend and now business partner Kyra Purvis, she’s sharing it with the world as Brittle. Together they are, fittingly, “The Brittle Babes.”

Born as a fun idea when the two were in college — Hilgemann used to gift the treats to her friends during the holidays — they made a pact to turn the delicious confection into a business. “We said we would start this after we were out of college and established, and I think boys and jobs took us in different directions,” says Hilgemann of the two-decade delay before Brittle took shape. Once life brought the two together again in 2017, Hilgemann says Purvis called her and said, “OK, let’s do it!”

From there, says Hilgemann, “We self-funded. We knew nothing about the food business, so we learned everything on our own. We haven’t had help from anyone at all. We just learned as we went.” First off, the recipe was upgraded to ensure only organic ingredients are used (something Hilgemann points out was likely the case when it was first created 100 years ago when organic wasn’t “a thing”), but the nut-to-sugar ratio was also changed to boost the treat’s protein content in both peanut and almond versions. “It has the same caloric makeup as granola,” says Hilgemann. It is and always has been vegan — there’s no butter — which might be why it’s not the tooth-cracking, sticky brittle that’s often the standard. Then came sampling, holiday bazaars, knocking on doors, and “just doing the grind,” Hilgemann says. After only three months, Brittle was picked up by Seaside Market in January 2018.

Now, in addition to being sold on their own website, Brittle can be found locally at markets and specialty stores including Baker and Olive, Harvest Ranch Market, Jimbo’s, Point Loma’s Jensen’s Foods, and all Southern California Nordstrom Ebars. Brittle has maintained consistent growth since its debut, and the power pair of Brittle Babes keeps up with the demand. As CMO and Chief Taste Tester, Purvis, who also works in digital advertising with Salesforce, handles the tech elements of the business. Hilgemann, a longtime fitness trainer at Omni La Costa Resort & Spa, has the flexibility to manage the company’s daily operations in her role as CEO and Chief Brittle Officer and ensure the secret recipe stays secret. “There’s none other like it, so I don’t want to have people making it for me. I’m always there,” she says. And though she’s working on developing new recipes to offer a broader array of products for all tastes, Hilgemann says that, for now, they’re sticking to brittle. brittle.co