Sir Richard Branson is part of the billionaire breed that asks for forgiveness instead of permission. That attitude led to the birth of the Virgin Megastores chain, a music label, an airline, a highly publicized spaceflight corporation, and more than 400 businesses operating under the Virgin Group name. Space cowboy Branson is now also doing
hotels — and disarming the Las Vegas market with his unique personal brand of cheeky joie de vivre.

I was part of the throng gathered for Sir Richard’s onsite summer press conference to herald the grand opening of Virgin Hotels Las Vegas. It’s a revamped version of the property that used to be the Hard Rock Hotel. Located on Paradise Road near the campus of UNLV, it’s the first major off-Strip casino you pass when your taxi departs McCarran International Airport. When the press corps finished questioning Branson, the author of Screw It, Let’s Do It: Lessons in Life shook up a bottle of Champagne, popped it open, and spritzed the gathered media.

Yes, it’s an ongoing part of his schtick. No, reporters weren’t expecting to get their makeup smeared or video cameras wet. It was an impulsive, awkward, brash thing to do. Moments later, with another hotel executive on the mic wrapping up the event, the naughty knight swooped back over to the press section and effusively apologized for dousing them. Just about everyone nodded and smiled back at Branson. 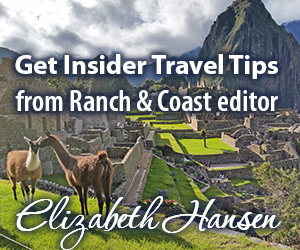 In June, during my visit, Las Vegas was completely re-opened after stay-at-home orders were lifted. Mask rules were strictly enforced on flights, but the moment vaccinated travelers stepped outside McCarran they were encouraged to reveal their noses and mouths. Some indoor mask restrictions have since returned, but starting this month, look for excited crowds to pack Allegiant Stadium, the new NFL home to the transient Las Vegas Raiders.

Within Sin City hospitality circles, the scorecard is always changing, and quarantine spawned three new developments that made big news.

In November 2020, downtown’s Circa Resort & Casino was the city’s first ground-up casino built in four decades. Resorts World Las Vegas opened under the rocket’s red glare of July 4 this past summer, taking over the former site of Stardust Resort & Casino. Branson’s casino-resort is just the fifth property to open under the Virgin Hotels banner. With 1,500 rooms, it’s nearly boutique-sized by Vegas mega-resort standards. Pet-friendly and part of the Curio Collection by Hilton, the property’s 60,000-square-foot casino is managed by Mohegan Gaming & Entertainment. It’s the first casino in Vegas to be run by a Native American company.

In direct comparison to what the Hard Rock was, Virgin’s overall décor is brighter and more colorful, with lots of red accents. Where music-related memorabilia used to be omnipresent, Virgin mixes up modern art with fun and frivolous iconography. There’s an overall sense that a more upscale, mature clientele is being sought. This is not senior living, however. The hotel’s high-energy, sports-forward ultra-lounge is called Money, Baby. Signage directing you to the venue features pre-Millennial faves like Farrah Fawcett, Wayne Gretzky, and Kathy Ireland.

Along with Money, Baby (yes, it’s fun to say Money, Baby!) indoor-outdoor restaurants that front the new Virgin pool scene include Kassi Beach House, serving coastal Italian cuisine, and Mexican-themed Casa Calavera. (Hard Rock’s former pool scene was legendary. Rehab Beach Club, the first major day club in Las Vegas, was wall-to-wall bikinis, bros, and boozing.) Things have been toned down. The redesigned, sandy Élia Beach Club is inspired by the Greek island of Mykonos. There are now three sections in the pool area. You can still listen to the thump-thumping of DJs, but there’s one spot for relaxing and another dedicated as adults-only.

Loud music is by no means verboten at Virgin. The Theater is a 4,500-capacity venue that books big musical acts. The hotel grand opening weekend featured a rare live show by Christina Aguilera. And during a set at The Theater by rapper Flo Rida, Branson joined the show onstage. This time he was armed with two Champagne bottles — and unleashed a double-fisted barrage of spritz into the crowd.

More than a dozen food and beverage options fill the Virgin landscape. The one holdover from Hard Rock days is legendary sushi restaurant Nobu. Following a 20-year stint at The Bellagio, the big, bold flavors of Todd English’s Olives return to the Vegas culinary scene here in Virgin. Other noteworthy spots: Pizza Forte, The Kitchen at Commons Club, The Shag Room, Funny Library Coffee Shop, and Afters Ice Cream.

I had a chance to dine at Kris Yenbamroong’s bright and colorful Night + Market, and at upscale ultra-lounge-vibed One Steakhouse. Both excelled. My wife and I were prewarned about the spicy offering at Night + Market. The chef’s Thai street food has won numerous awards at his Los Angeles locations, as well as a James Beard nomination. Even at a five (out of ten) spiciness level, my Panang Neua (beef short ribs in a coconut curry sauce) lit a delicious, three-alarm blaze in my esophagus. I overheard another patron at a nearby table exclaim, “My mouth is on fire!”

One Steakhouse is a one-off creation from the group headed by brothers Michael and David Morton. Their father is Arnie Morton, founder of the eponymous steakhouse chain. The main dining room is dark, but lively and loud. Our Brooklyn-born server exuded fuggetaboutit friendliness. My surf and turf entrée of Maine lobster tail and a pre-sliced New York Strip steak came to the table fabulously presented on an actual charcoal-fueled hibachi. Before we left One, there was a final moment of unplanned, Sir Richard-esque chutzpah to drink in. In the outer bar area, an impeccably dressed woman in high heels was helped up onto a dining table. From that perch she launched into a pitch-perfect version of Andrea Bocelli’s pop opera classic “Con Te Partirò (Time to Say Goodbye).”

Patrons smiled. Everyone applauded. No Champagne was spilled. virginhotelslv.com