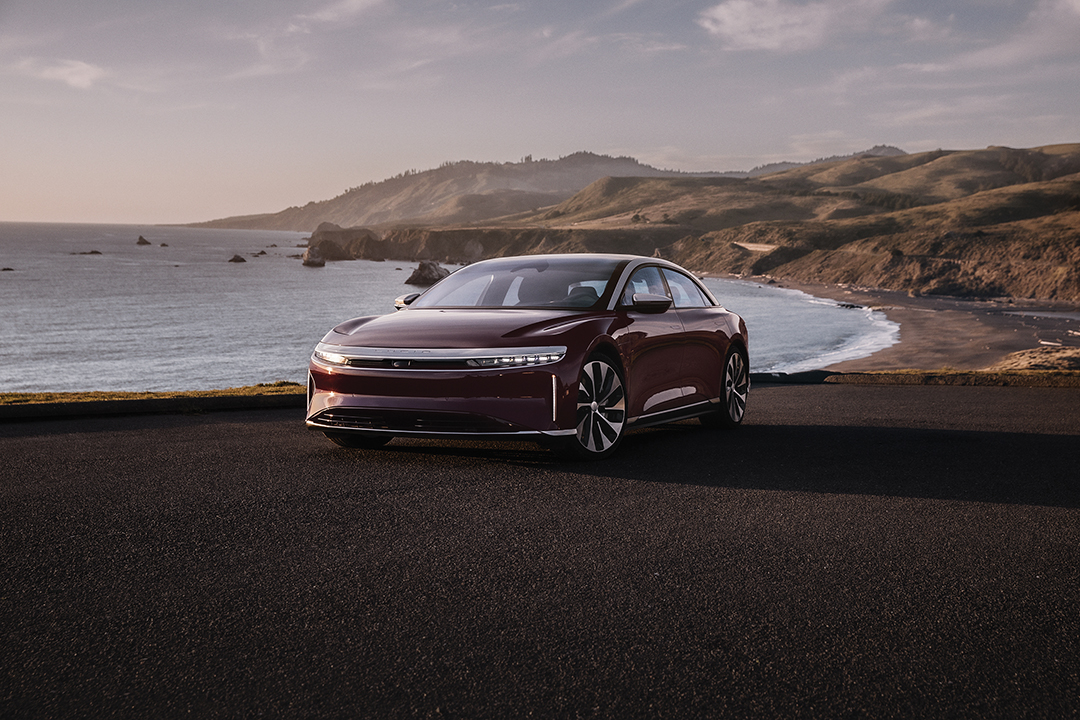 Apparently, there are scores of EV buyers who are smitten with how quickly their luxury sedan will accelerate. So today, nearly every new electric vehicle boasts of high “horsepower” and thrilling acceleration, as if drag racing is now part our daily activities. For some perspective, petrol-powered supercars like Corvette’s new ZO6, Ferrari’s 812 Superfast, and the 720 McLaren model sprint from 0 to 60 in between two and three seconds. The 1,050-horsepower Lucid Air Grand Touring Performance can match that, and then take the whole family in quiet comfort to Sunday brunch.

I had the opportunity to test what 0-to-60 acceleration feels like in this spacious luxury sedan while driving with Justin Berkowitz, Lucid’s technology PR chief in the passenger seat. At a full stop, Berkowitz engaged the car’s Launch Control and I fully applied the brake and throttle pedals, then released the brakes. Our sprint to 60 MPH felt like what a cannon ball experiences after firing, but was eerily quiet except for all four tires chirping a bit to keep their grip. If you need the noise of combustion to accompany this thrill ride, you might consider a short soundtrack in the Air’s 21-speaker Dolby Atmos sound system, but either way, it’s ultra-quick.

While it’s customary to compare an electric vehicle with other EVs, Peter Rawlinson, Lucid’s CEO and chief technologist, feels that the new Air models match up brilliantly with traditional luxury rivals. That pencils pretty well since Lucid’s class-leading EPA range of 516 miles is equal to the average petrol-powered offerings.

Lucid’s secret to attain the Air’s all-important range begins  with its own battery, controllers, and electric motor designs that are both efficient and compact. That allows Mercedes-Benz S-Class interior room inside a body the size of its E-Class exterior dimensions. Then the streamlined styling from Lucid’s design chief Derek Jenkins is enhanced with aerodynamic tuning by Jean-Charles Monnet, who honed his craft on Formula One cars before joining Lucid. The result is a stunning drag coefficient of just 2.0 that helps create the remarkable range. While the Lucid Air is not the only new vehicle to come to market with standout technology, it does possess the attributes we expect to find in this price range, from Napa leather and soft touch points to premium fit and finish. Little details catch my attention, like the illuminated visor mirrors in the wrapped windshield that use camera batteries to avoid even small wires, or the wood veneer that rolls up into the armrest. And the technology really bristles under the skin with charging management that Lucid calls its Wunderbox, which enables faster recharge rates and soon will be able to help provide home power like a battery wall.

Along with a feature-laden website, the company opened its first-to-market retail studio in San Diego at Westfield UTC on La Jolla Village Drive. At this factory store, Lucid’s studio manager Robbie Clark and his team take pride in showing interested shoppers the new Air along with functional and high-technology displays. Clark says that shoppers have both electric and traditional vehicles on their lists and are delighted to discover the Air’s impressive specifications and style. And for those with a refundable deposit on file, a thorough, 30-minute test drive can be arranged.

It’s pretty exciting to witness a second new automotive company with design, engineering, and manufacturing right here in the USA that is also launching a winning product in its first effort. And with today’s gas prices, there’s never been a better time to consider the alternatives. 858.727.3050, lucidmotors.com