Best Theater Organization: La Jolla Playhouse
The not-for-profit Playhouse is world renowned with over 35 Tony awards under its belt already, and an impressive list of productions that have gone on to other stages around the world, including Broadway in New York City. This year continues the Playhouse’s winning streak with such titles as His Girl Friday, Tribes, Sideways, and more. 858.550.1010, lajollaplayhouse.org

Best Musical Arts Organization: San Diego Symphony & San Diego Opera
In the 100-plus years since its inception, the San Diego Symphony has become one of the leading orchestras in the United States, and was designated a Tier 1 Orchestra by the League of American Orchestras in 2010. Upcoming concerts range from Brahms Violin Concerto to The 5 Browns. 619.235.0804, sandiegosymphony.org. Likewise, the San Diego Opera is ranked by Opera America as one of the top ten opera companies in the U.S. and continues to bring world class shows to the stage, like the upcoming Murder in the Cathedral and Aida. 619.232.7636, sdopera.com

Best Live Music Venue: Belly Up Tavern
Offering top tier entertainment in an intimate setting that gets fans close to their favorite bands, the Belly Up mixes the sensibilities of a local hotspot with premier venue sound that is a must for traveling chart toppers. Upcoming acts include Soul Asylum, Kenny Rogers, and Merle Haggard. 858.481.8140, bellyup.com

Best Local Band/Musical Artist: Tristan Prettyman
On the heels of her last album, Hello, which reached number two on iTunes Digital Albums Chart, San Diego native Prettyman has just released her third album, Cedar and Gold, an intensely personal journey through recent years of her life that has her headlining events all over the globe. tristanprettyman.com

Best Museum: San Diego Natural History Museum
If you can find it in nature, you can find yourself immersed in knowledge regarding it at the San Diego Natural History Museum. Current exhibits include Chocolate, On the Trail of Ansel Adams, and Skulls, with a multitude of activities such as summer camps, film festivals, and informative lectures available for children and curious minds of all ages. 619.232.3821, sdnhm.org

Best Gallery: Lux Art Institute
More than just a museum, Lux’s mission is to enlighten visitors by putting them in the midst of the artistic creative process. Guests can watch as internationally renowned artists produce works on site commissioned by the institute. Lux’s Valise Project was introduced over a decade ago to bring museum quality art to classrooms around the city. 760.436.6611, luxartinstitute.org

Best Local Artist: Aaron Chang
A 25-year senior photographer for Surfing magazine, and having traveled to over 40 countries in search of adventure, Chang’s images have graced the covers of over 100 magazines and attracted commissions from clients like Apple, Levi’s, Macy’s, Nike, Yamaha, Polaris, and ESPN. His gallery in Solana Beach’s Cedros Design District specializes in large-scale fine art prints of Chang’s most prolific works. 858.345.1880, aaronchang.com 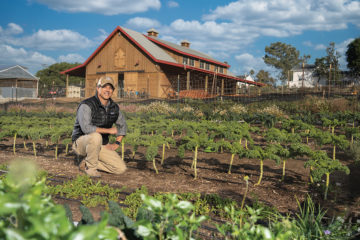